Rottweilers are confident looking breed of dogs. With their dark color and medium built, they can be intimidating looking. They are highly trainable and willing to work, and this is perhaps the reason why they are on top of the list of excellent protectors or watchdogs.

The Rottweiler dog can be traced back during the Roman Empire when troops used them as herding dogs while traveling in the regions of Germany. Their use as droving dogs diminished only during the 19th century when traveling through railroad became available. Today, Rottweiler dogs are not only used as pets or household companions but are being trained as service dogs such as police or therapy dogs.

Since Rottweilers are known herding dogs, they become almost extinct during the years they were used less. It was only during the 1930s that this dog breed is said to have entered the United States. It was also during the said period that it was recognized by the American Kennel Club (AKC). Veering away from its original function, this dog breed today has a place among the top ten popular registered dog breeds with the AKC. 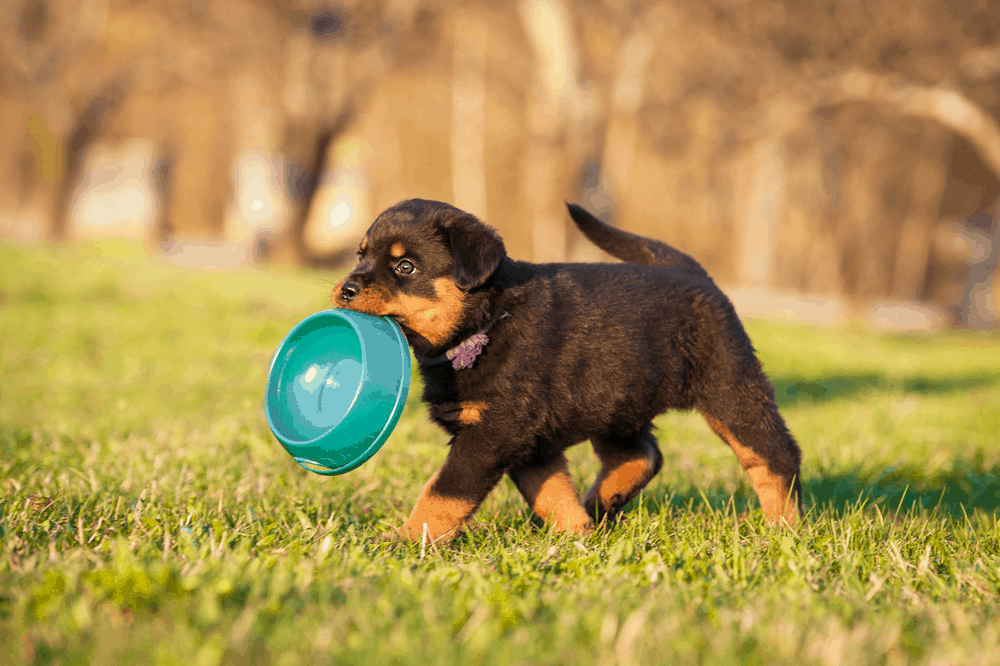 When well trained, Rottweilers can be very confident, bold and alert, making them a good choice for someone in the lookout for a watchdog. Good training though, is imperative since stubbornness can come in between aggressiveness and confidence. However, it can be worth putting in the extra time and effort when training this dog into a household pet.

The Rottweiler – Some of the Oldest Working Dogs of History

Rottweilers prefer the cold environment and may enjoy the climate during winter months. This dog breed also has what it takes to handle hot summer days and even humid temperatures. During such conditions however, Rottweilers can be overheated especially when overworked and ran too hard.

Owners of this dog breed can choose for their dog to live outdoors or indoors. Outdoors, Rottweiler dogs should have enough shelter or shade especially during the hot summer months. This dog breed however, prefers the indoors than the latter living conditions. 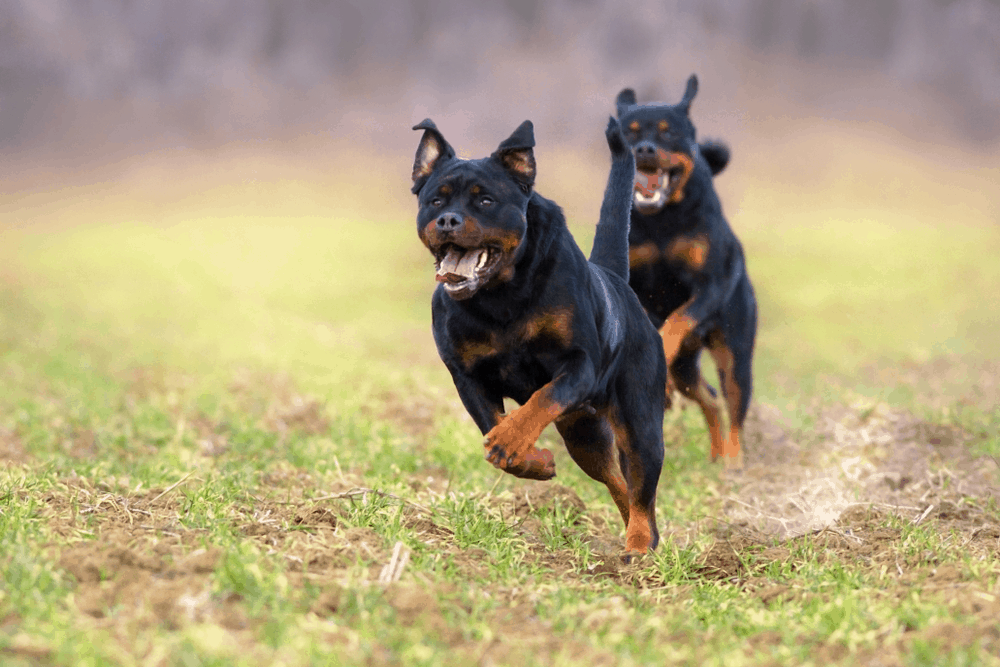 Rottweiler owners should do well not to over feed their dogs as this can lead to serious conditions. Among others, dogs can which are overfed and lack exercise can develop diabetes, overheating, breathing problems, and arthritis.

The Rottweiler – Facts From Fiction

For the reason that Rottweilers have medium to large build, they can be prone to hip dysplasia. However, due to the popularity of this medical condition to this dog breed, breeders usually follow a regular x-ray testing schedules. Veterinarians also suggest specific tests be conducted on such breed of dogs and these include, those for cardiac problems, elbow dysplasia and vWD.

Other health concerns for Rottweilers include CHD, SAS and osteosarcoma. The average life span of Rottweiler dogs is from 10 to 12 years.