German shepherds are loyal, faithful and loving companions. However, at times, this breed can be dominant and stubborn; behavioral traits that can result in aggressive behavior. Raising a German shepherd requires dedication and understanding of the breed. If the dog is well cared for, trained well and taught to socialize while it is a pup, usually there is no problem.

Here are some tips on how to raise German shepherds: 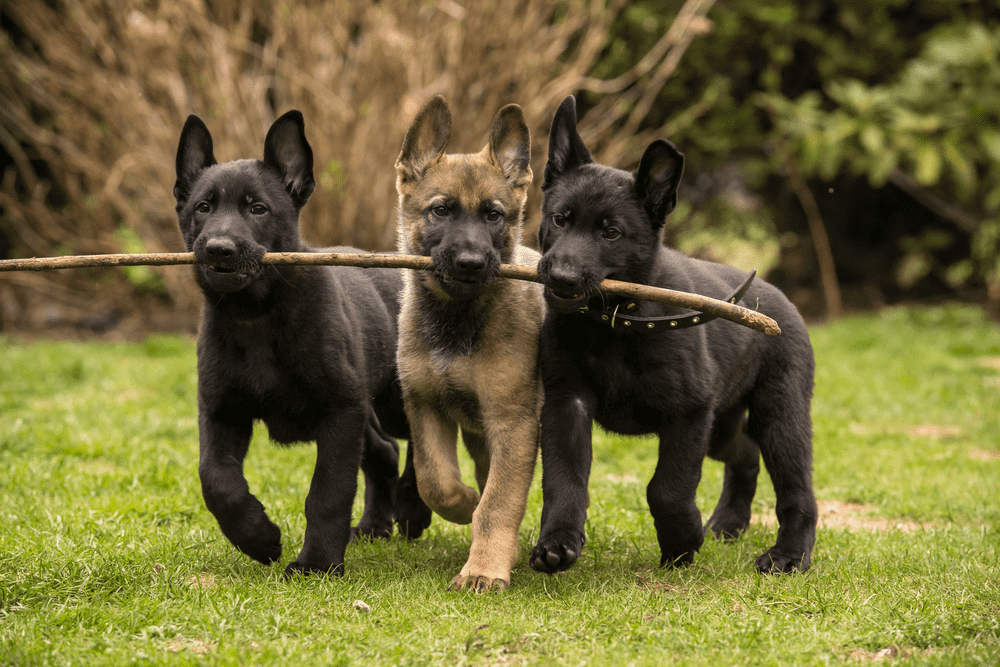 Before bringing the puppy home, make sure that you take it to a veterinarian for a complete checkup. German shepherds are prone to hip dysplasia, allergies, pancreatitis and bloat due to indiscriminate breeding practices adopted by a few breeders. Make sure that you follow the vet’s advice on these common breed ailments. Stick to the vaccination schedules set up by the vet and use the visit to get the dog checked.

When you bring the puppy home, begin the socializing process immediately. Let family members hold and pet the puppy. If you are going to the park, pet store or a friend’s home, take the puppy along. Allow the puppy to experience different social settings, so that it gets accustomed to them. If you have neighbors or friends, who have friendly dogs and cats, try to get your German shepherd to socialize with them under supervision. Dogs that are not socialized tend to get timid and fearful of new situations, which can result in aggressive behavior.

One of the best ways to house train German shepherds is using the crate method. Also, the crate will provide a safe haven for the puppy when it wants to retreat or seek sanctuary. Line the crate with a blanket and place in a part of the house that the puppy can call its own. Let the puppy stay in the crate as long as it wants to. Do not force it out. It will make the pup insecure. 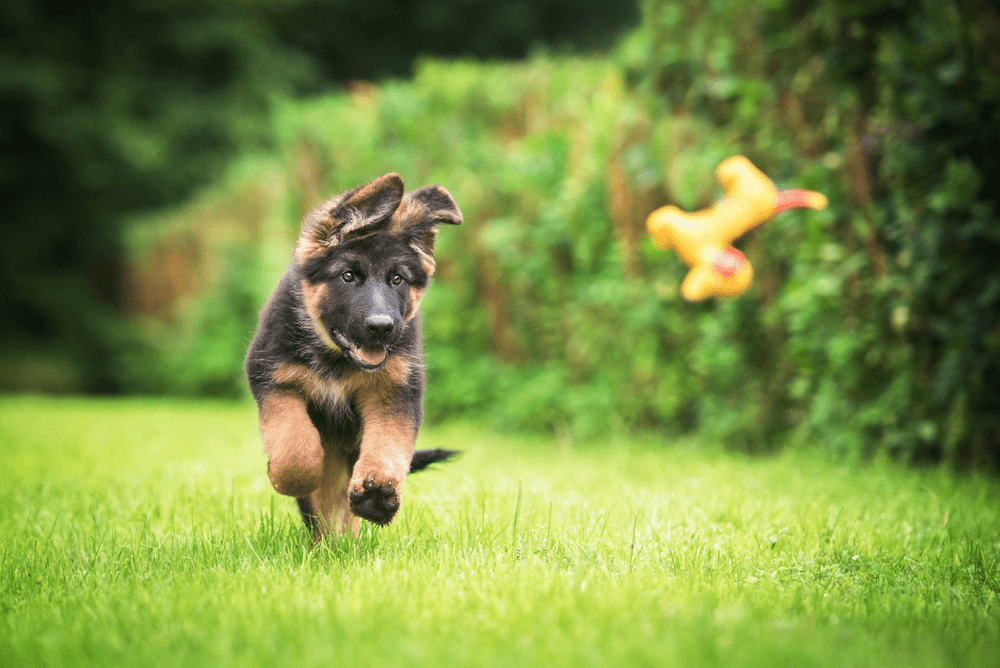 Show the puppy from the very beginning that you are the dominant pack leader. Usually, German shepherds try to take over the role as pack leader and the puppy may want to control you and other family members. If you allow the pup to dominate you, it will never obey you fully and could end up becoming unruly and aggressive. To establish your role as a pack leader, make sure that you do not allow the pup to sleep with you or climb onto the furniture. Feed the puppy after you have finished eating. Never let the puppy bite your hands while playing. This could lead to biting during adulthood.

Enroll the puppy in an obedience class. This will teach you how to train and handle your dog. German shepherds need mental stimulation, and if they do not get sufficient stimulation, they tend to become bored, which can lead to destructive behavior.

Groom your pup every day. Use a brush to comb the hair and prevent it from getting knotted and tangled. During spring and fall when shedding season starts, use a shedding rake to remove dead hair and reduce hair fall. Bathe the dog when it appears dirty or has an odor. Do not bathe it too often, as it will strip the natural oils from the fur and skin. Use dog shampoo and conditioner to bathe the pup.

German shepherds also have the tendency to become fat and therefore, require daily exercise. Throw sticks and balls that the puppy can retrieve. If you have a yard, allow the puppy to run and play. Playtime is special, as it allows the dog to bond with its family.

Notice: Trying to get property 'comment_ID' of non-object in /var/www/pawspuppy.com/htdocs/wp-includes/comment-template.php on line 677

Notice: Trying to get property 'user_id' of non-object in /var/www/pawspuppy.com/htdocs/wp-includes/comment-template.php on line 28

Notice: Trying to get property 'comment_ID' of non-object in /var/www/pawspuppy.com/htdocs/wp-includes/comment-template.php on line 48
Leave a Reply to Anonymous Cancel reply