The German Shepherd Dog, or Alsatian, is a comparatively modern breed of dog, dating from 1899. As its name suggests, the breed has its origins in Germany and was bred as a herding dog. Today, the breed is most well known as a police dog. Because of its intelligence, obedience and protective nature, it is used by police forces around the world. Although, the German Shepherd is still used as an extremely effective working dog, it is also a wonderfully popular family pet.

The Origins of the German Shepherd

During the 19th century, in Germany, local communities would select and breed dogs with desirable qualities, such as obedience and intelligence, to aid in the job of herding and protecting sheep. The result was excellent sheepdogs, but they varied from one community to the next in appearance and ability. In an attempt to eradicate these differences, the Phylax Society was formed, in 1891, which aimed to standardize the dog breeds of Germany. Unfortunately, due to disagreements over the ideal traits of breeds, or what we would now call ‘artistic differences’, the Society lasted only three years.

However, the Phylax Society was influential in promoting the idea of standardized dog breeds. Consequently, Max von Stephanitz, who believed that dogs should be bred with the aim of acquiring excellent working animals, came across a dog that lived up to his ideal. He immediately purchased the dog, named it Horand von Grafrath and founded the Society for the German Shepherd Dog. Subsequently, Max von Stephanitz is credited with the creation of the breed. 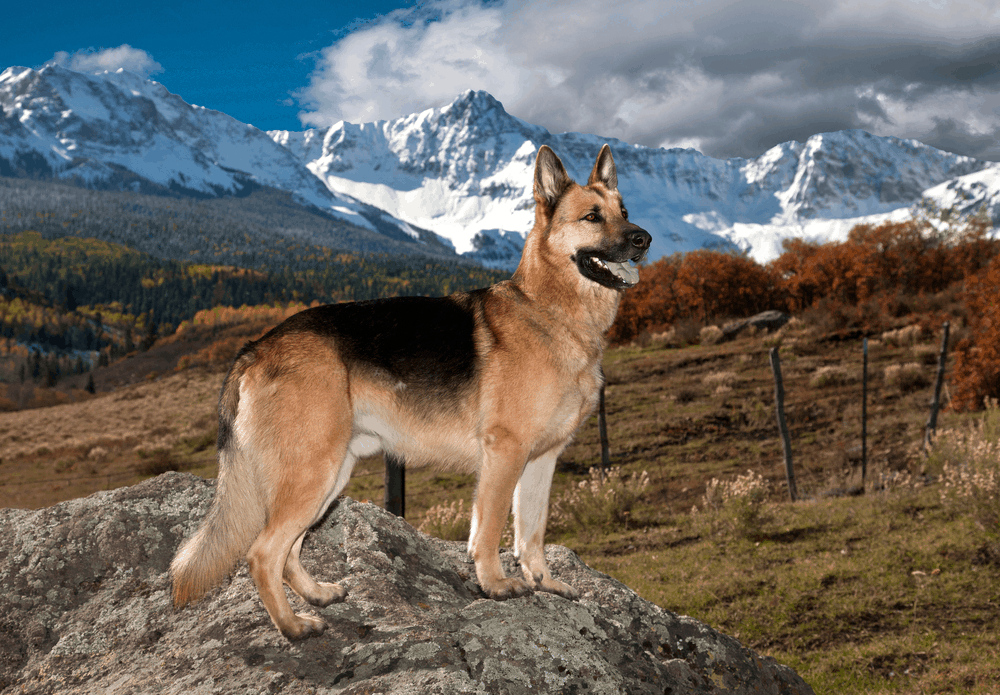 A Change of Name

The breed was first exported to Britain in 1908. Oddly, the popularity of the breed increased after soldiers returning from World War I spoke enthusiastically about it. I say ‘oddly’, because, after the war, anti-German sentiment led the UK Kennel Club to change the breed’s name to Alsatian Wolf Hound. Eventually, the ‘Wolf Hound’ was lost and the breed became known simply as the Alsatian. It was not until 1977, that UK Kennel Clubs reverted to the name German Shepherd Dog.

Are Better Protection Dogs Made by American German Shepherds?

The German Shepherd is one of the large breeds of dog, which grows to approximately 22 to 26 inches in height and weighs between 50 and 88lbs. According to the Kennel Club, the breed should have a domed forehead with a long muzzle and black nose. It also has brown eyes of a medium size and large erect ears. According to the breed specifications, the German Shepherd should have a long neck, which is raised when excited. Another prominent feature of the breed is a long bushy tail, which should reach the hock.

The breed has a variety of colors, the most common being black and tan or red and tan. However, German Shepherd’s can also be all black, all white, sable, liver, brindle, blue and panda. 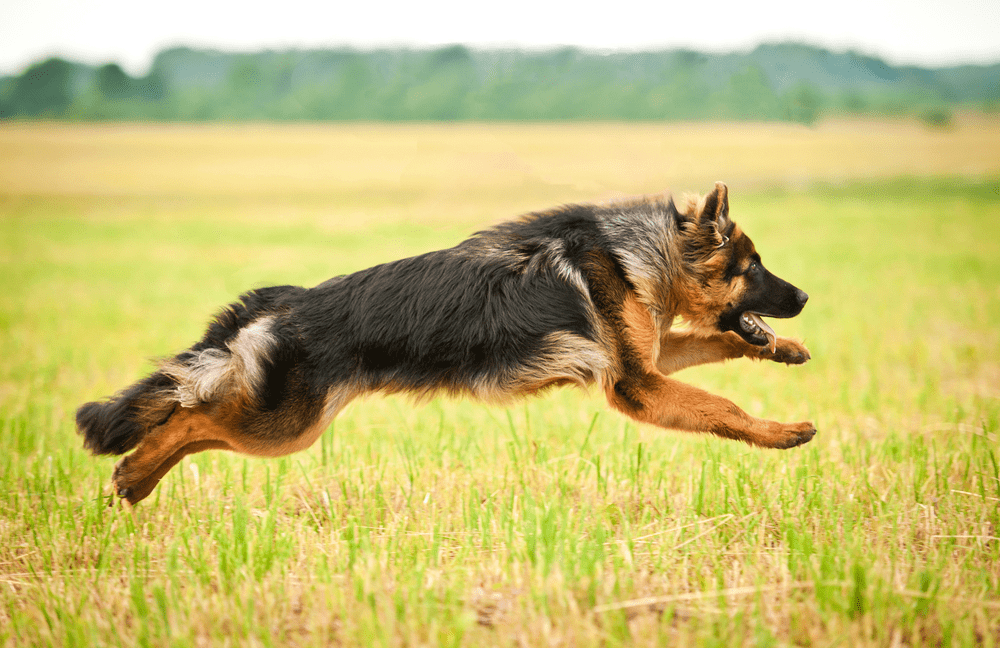 Unfortunately, in some quarters, the breed has a reputation for biting humans and attacking smaller dogs. However, reputable sources, such as the Centers for Disease Control and Prevention and American Veterinary Medical Association, argue that there is no accurate way to determine the bite rate of breeds, because of inaccurate reports and mixed breeding. Moreover, studies have shown that smaller dogs are much more likely to bite than larger dogs. Of course, due to the fact that German Shepherds are popular pets and often used for protection, the statistical analysis, on which claims of aggression in German Shepherds is based, is flawed.

The German Shepherd is a highly intelligent animal that thrives on having an active part of the family. The breed can be wary of strangers, which is what makes it a good guard dog, but once a German Shepherd has befriended you, you’ll have a friend for life. Moreover, despite their unfair depiction, the breed makes a wonderful family pet, because it bonds extremely quickly with children. As with any dog, it is happy to share its home with other animals if trained correctly.

The German Shepherd Dog is a wonderfully loyal animal, which can make a marvelous family pet. Easy to train and a joy to be around, there is a good reason that this breed routinely ranks among the most popular in the UK and USA.